Azealia Banks, the latest darling of the fashion and music worlds, reveals the bleak circumstances under which hit single “212″ was written, talks about visiting “sex.com” as a teen, and dissects the ways in which the music industry is like a machine. Read the entire article from PaperMag.COM here.

What her generation was into : “My generation, that’s just what we’re into,” she says. “When we got home from school, that’s how we kept up with each other: AOL, Zynga, Angelfire, Napster, shit like that.” Banks says her family got its first Internet connection when she was 9 or 10. “You’d be on there and you’d go to, like, sex.com!” She laughs. “You’re mad obvious with it when you’re a kid. You know how many times they probably sold sex.com? It’s like the go-to URL.”

Why Azealia Banks moved to LA : “For me there’s three options of where to live: L.A., London and New York,” she says. “London’s too expensive and New York’s too exciting: too many parties, too many of my friends. If I wanna make this my life, I have to live somewhere I can work, somewhere I can focus.” She laughs. “My album will not come out in September if I live in New York.”

On the music industry : “The music industry is like a machine,” she says. “It’s always going, and this new generation of artists — me, A$AP Rocky, Rita Ora — we’re the fuel that’s keeping it going. And once you get in that machine you’ve gotta run with it. There’s a crazy inertia that’s been going for years and years and years, and it’s not gonna stop for you, so you’ve gotta keep fucking working. The minute you stop working, that’s when you get stuck in the gears. And that’s when it grinds you up and spits you out.” But doesn’t that constant work leave zero time for normal-person stuff? “That’s what you give up when you sign that contract,” Banks replies. “This hustle and bustle becomes your normal-person shit.” 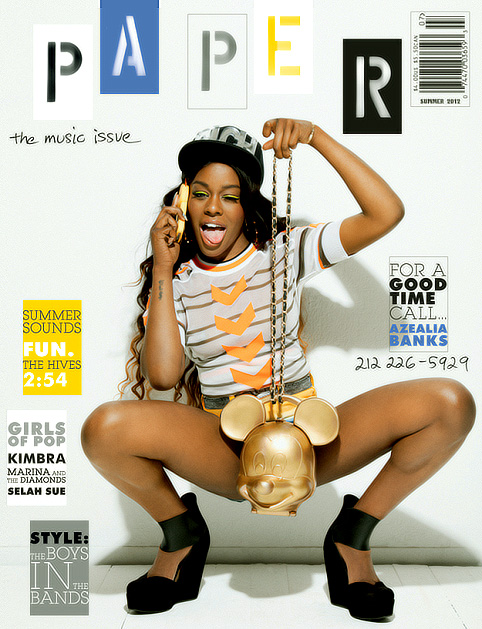 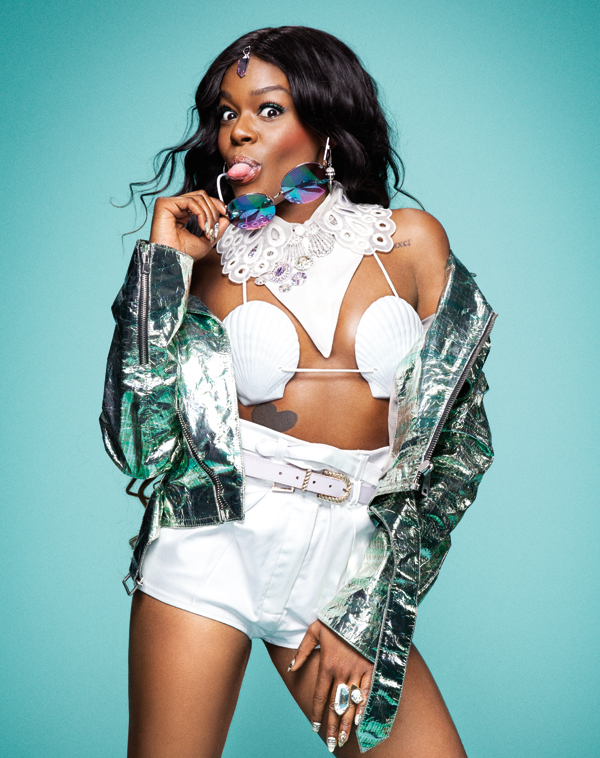 Azealia Banks Opens Up On Abusive Childhood In

Azealia Banks Performs In Australia At Splendour In

Azealia Banks At The SiriusXM Studio In NYC
prev next