Sexy female rapper Trina isn’t called The Baddest Bitch for nothing y’all as you can see for yourself below. Trina gets ultra sexy during her photo shoot for Comedy After Dark along with Rosa Acosta and Jenna Jameson. The comedy show that is going to revolutionize comedy from Latham Entertainment. Co-Hosted by Trina, Jenna Jameson, Rosa Acosta and Carolina Catalino this show defines “sexy comedy”. 30 of the top comedians working the stage today came to Miami to be a part of this historic event. If you’re tired of the same boring standup shows be sure to check out Comedy After Dark on the Walter Latham Comedy Channel this July!! Check out Trina on the beach for Comedy After Dark if you haven’t already! 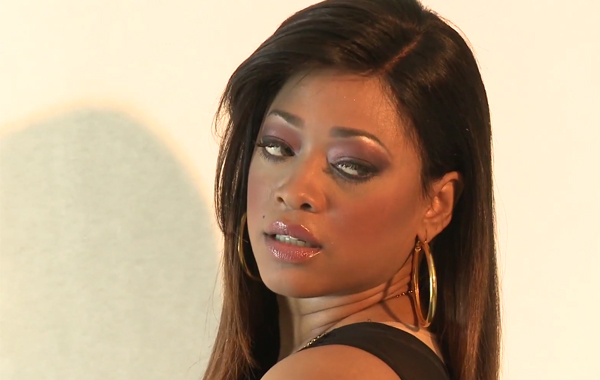 Trina Didn’t Work The Pole In Orlando, But

Behind The Scenes : Trina In “Upside Down”